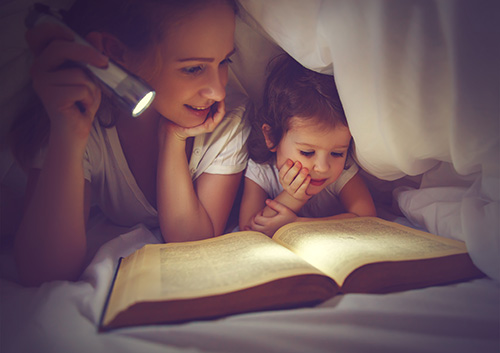 We probably all remember sitting through history lessons during our schooling years. Revolutionary war heroes, English royals, and pop-culture icons filled the pages of our textbooks. Although you may recall a detail or two about their historical significance, how much do you know about their teeth?

Picture England in the mid 1500s. People wore frilly clothes as they hustled along the street, and talked about the latest import from the Indies: sugar. Wealthy Brits did not hesitate to indulge their sweet tooth, and it was no different for the monarch, Queen Elizabeth I.

The queen was especially fond of sweets, but not so fond of the dentist. Her teeth rotted; they turned black and gave off a foul odor. Eventually, Elizabeth lost so many teeth that people found it difficult to understand her when she spoke.

Flash forward to the Revolutionary-era colonies in the 1770s and we encounter the famous dentures of George Washington. They were not made of wood, but rather a combination of ivory and human teeth, some of which were his own pulled teeth and some he purchased from slaves.

Washington did not practice proper dental hygiene throughout his life. He began to suffer dental problems as early as age 24, when he had his first tooth pulled. By the time he was inaugurated in as the first president in 1789, he had only one tooth remaining in his mouth, which was pulled in 1796.

Washington’s dentures were made too wide and never quite fit his mouth properly. He complained that they were painful to wear and caused his jaw to protrude visibly outward.

If you’ve heard of Doc Holliday, you know him as the gun-toting, mustached criminal that ran the Wild West in the late 1800s. You might be surprised to learn that John Henry “Doc” Holliday actually had a career as a dentist.

He graduated from dental school in 1872 and began to practice in Griffin, Georgia. Holliday was later diagnosed with tuberculosis and his violent coughing fits during exams drove patients away. Jobless, he packed his bags for Texas and spent the rest of his days running from town to town as a criminal.

The Beatles brought pop music and British culture to their fans, as well as … teeth? In the mid-1960s, John Lennon had a molar removed that he presented as a gift to his housekeeper, Dorothy. Dorothy’s daughter was a huge fan of the Beatles and he thought she might like to a keepsake. Her family held onto the tooth until 2011, when they auctioned it off to a Canadian dentist for $31,000.

These historical figures had very different experiences with their teeth, but it’s safe to say a bit of extra brushing and flossing could’ve saved them a lot of trouble. Whether you’re queen, president, or an average citizen, it’s up to you to practice good dental hygiene!

Ask a member of our team at our Vienna, VA & Great Falls VA office if you have any questions about how to keep your teeth in top shape!